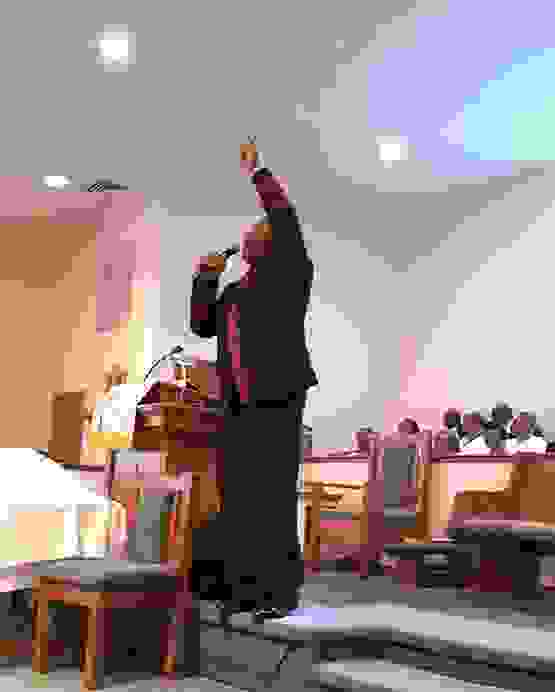 "And I will give you pastors according to mine heart, which shall feed you with knowledge and understanding." Jeremiah 3:15

A native of Wilson, North Carolina, Jones is the oldest of 6 children born to the late Reverend Dr. George Augustus Jones, Sr. and Maggie Jones.

Converted at the age of 9 at Malabys Crossroads, Knightdale, NC, Dr. Jones preached his first sermon at age 17 in 1969. He is a 1970 graduate of Garner Senior High School, Garner NC. Dr. Jones earned a Bachelor of Arts Degree in Sociology from St. Augustine's College Raleigh, NC in 1974. He earned the Master of Divinity degree from Southeastern Baptist Seminary, Wake Forest, NC (1977). He earned a Doctor of Ministry degree from Trinity Theological Seminary, Newburgh, Indiana (1990).

Dr. Jones is author of the book: Contrary Winds: Biblical and Practical Prescriptions For Pastors Facing Adversities - 2011. He is also Adjunct Professor at Saint Augustine's University in Raleigh, N.C.